While President Donald Trump is still busy scratching his backside, trying to figure out how to resuscitate the economic corpse known as the United States coal industry, not to mention imposing shady tariff tactics in the interest of strengthening national security, Canada has legalized recreational marijuana – a move that gives legitimacy to a substance that has been illegal across the northern nation for nearly 95 years. This progressive reform, which was done to make good on Prime Minister Justin Trudeau’s campaign promise, is predicted to support a $22 billion mega-trade by the time it is all said and done.

And with this brand spanking new industry comes a literal uprising in jobs that have never before been held by man, woman or beast.

Some of the latest estimates show that the Canadian cannabis trade needs to fill as many as 150,000 positions in order to keep the business of recreational reefer cranking away like a well-oiled money machine.

“It’s crunch time,” Jordan Sinclair, vice-president of communications for Canopy Growth, told CBC News, adding that the company is on the prowl for people to fill administrative positions, IT, accounting and a variety of production jobs ranging from seasoned growers to entry-level bud trimmers. 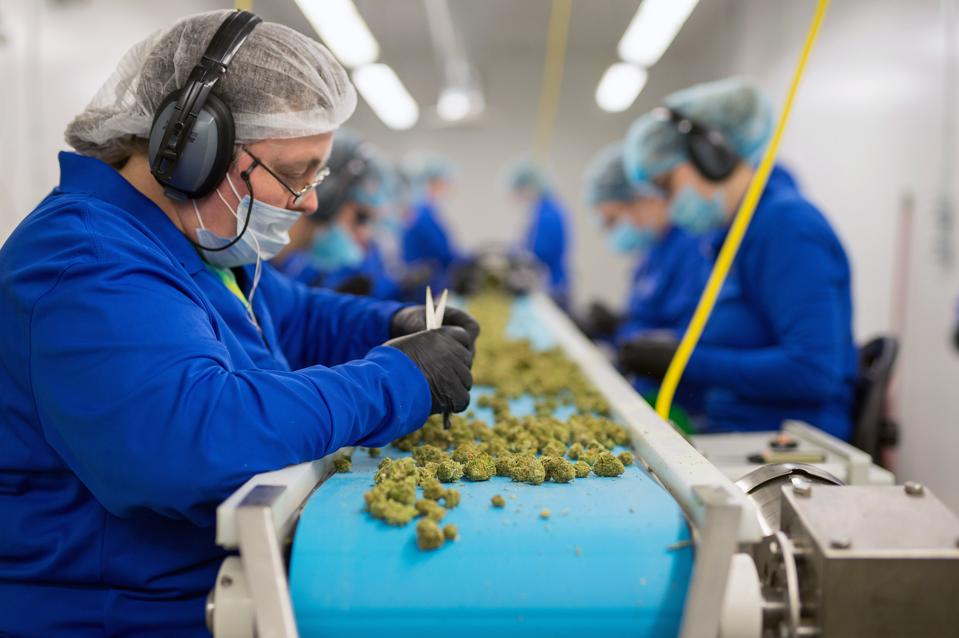 “This is probably the peak insanity for the HR team,” he added.

But it is growers with a knack for raising marijuana from seed to weed who are among the hottest commodities these days on the Canadian cannabis scene.

As Forbes reported earlier this month, the cultivation profession is where cannabis workers stand the best chance at making the largest salaries. Alison McMahon, founder and CEO of the staffing company Cannabis At Work, says the cannabis industry is having some trouble tracking down experienced candidates to fill a variety of cultivation positions. This means there are plenty of opportunities for green thumb workers to earn above average incomes. Master growers can earn in upwards of $93,000 per year, she said.

Although the legislative grind that contributed to the legalization of marijuana in the Great White North is a done deal, Prime Minister Trudeau said last week that he is delaying the official launch of the country’s recreational pot market until October 17. This was done to give each province enough time to get their regulatory affairs in order. But more importantly, putting the brakes on legal sales also gives cannabis firms a few extra months to recruit the necessary manpower before the marijuana monster is finally released from its cage.

“This hiring blitz that is happening right now in all the retail and all the sales is going to be the most intensive that we’ll have,” Sinclair told the news source.

“There’s an art to it because there’s lots of information. We’re acutely aware if people have a bad first experience, they might not have a second experience, so we have to nail that,” he added.

The Canadian cannabis industry is even providing more jobs for retired senior citizens.

A separate report from CBC News features a group of women between the ages of 67 and 78 who trim cannabis plants a few times a week for Acreage Pharms – the second largest medical marijuana producer in the country. Calling themselves the Old Lady Clippers, these golden girls say they are “proud” to be associated with cannabis industry and that their contribution makes them “feel important.”

Some of the more optimistic pot proponents believe that Canada’s move to legalize the leaf nationwide will inspire the United States to do the same. But even though President Trump has said that he would “probably” sign legislation aimed at allowing states to exit prohibitionary times without any hassle from the federal government, the nation still appears to be far from jumping on the bud bandwagon.

Unfortunately, this means Canada could be well on its way to birthing a new industrial revolution through legal marijuana, while Trump’s latest attempt to Make America Great Again is poised to cost tens of thousands of American workers their jobs.

Some of latest data from New Frontier Data shows that a nationwide cannabis industry in the U.S. could lead to 1 million new jobs. Considering that Trump promised to create 25 million new jobs within the next decade, perhaps it’s time to get America high again.