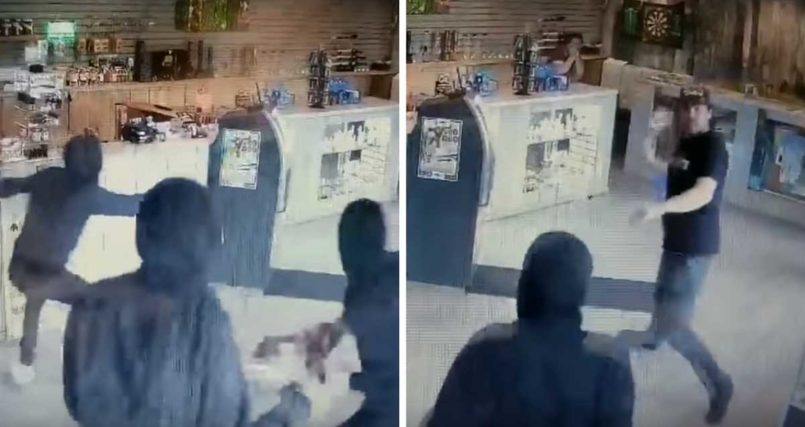 Is there really a way to spot someone who is too high? 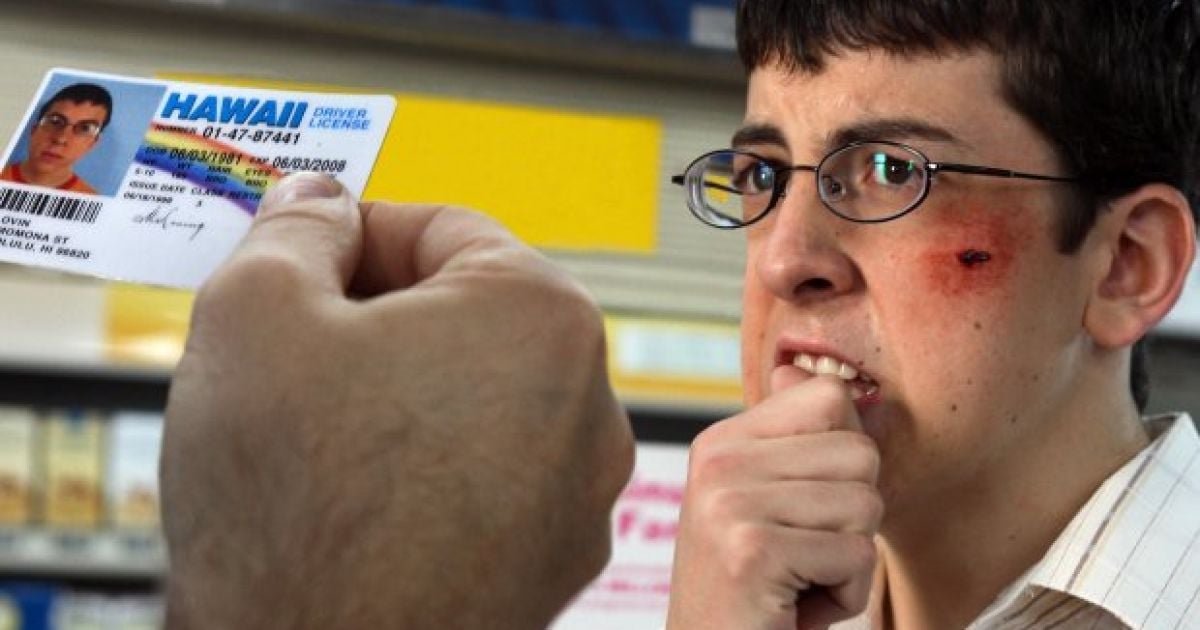 With Ontario finally catching up to the rest of the country with plans for some real-life brick-and-mortar weed stores, the province has introduced a retail training program for weed workers.

CannSell will be a mandatory course for anyone who wants to work inside one of these stores come April. The course was created by MADD Canada and the cannabis company Lift, and was unveiled earlier this week. Jean Major, the registrar and CEO of the Alcohol and Gaming Commission of Ontario, the body who commissioned CannSell, said in a press release, the “overarching objective of the program is to educate cannabis retail employees on the responsible sale of cannabis, as well as their legal and regulatory obligations.”

The course takes about four hours and costs 50 bones. To pass workers must get 80 percent or higher on a final exam, which can be taken twice. Like the similar course for Ontarians who want to sell booze, a portion of the course revolves around how to spot an intoxicated person trying to procure cannabis. 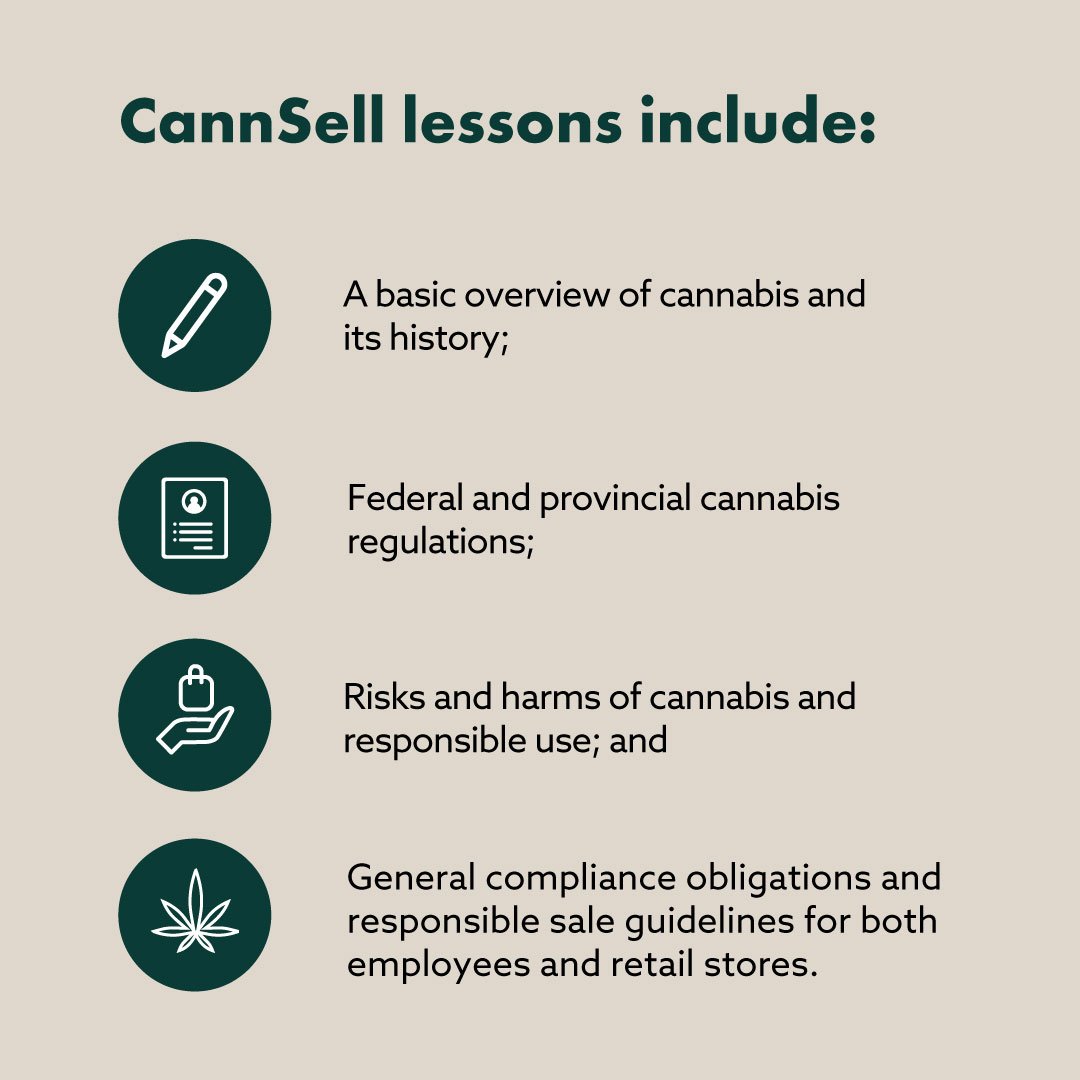 Intoxication in this case isn’t limited to being ripped on one substance. MADD Canada chief executive officer Andrew Murie told reporters that the program includes a video segment which will help their workers spot if someone is high, drunk, or a combination of both—crunk, if you will.

“You have 15 or 20 seconds to make that assessment,” Murie said to reporters on Wednesday. “We spent a lot of time on this. Because to be honest with you, with cannabis intoxication, the signs are more difficult to recognize than alcohol.”

I’m going to agree that the signs of cannabis intoxication are more difficult to recognize—so difficult that spotting a high person in such a short amount of time would likely be, you know, the world’s worst superpower. Murie hinted at what a weed employee would learn, and told reporters that while just smelling like weed won’t get you flagged, fumbling with the payment machine could.

According to Yahoo Finance, the CannSell signs of intoxication are dry mouth, disheveled clothing, aggressive behaviour, red eyes, inappropriate sweating, pace of speech and slurring. While I’m sure those easily can be used to see if someone is drunk—it’s not really all that hard to tell if someone is shitcanned—I’m not convinced the same signs will tell you if someone is stoned. Now, while I’m admittedly not a big stoner, I am a adult human in North America, and have spent a fair amount of time around stoners. So let’s see if these fit the bill, shall we?

Dry mouth: I mean this one is fair, but how are you going to check this? Is this hypothetical dude just sucking back a bunch of water? Is he doing that weird sucking thing you do when your mouth is dry? “Hey, boy, let me stick my finger in that gaping maw of yours to see if you got the cotton mouth.”

Disheveled clothing: Now, guys, let’s not get weird here. Well dressed people can get just as fucked up as us disheveled plebs.

Aggressive behaviour: Have you guys ever seen a high person?

Inappropriate sweating: Is this a thing that happens when you get high? I’ve never, ever, ever heard about weed making you super sweaty. Is that why your mouth gets dry? Do stoners call it like getting the “sweats” or something?

Slurring: Again, is this a sign of stoner? I mean, for sure a drunkard, but I dunno if it’ll work for a high person. To be completely honest, a really high person might have some verbal stuff going on, but probably not past the point of the average awkward person.