Marijuana-related businesses gathered this weekend in Ottawa for the first in a series of Canada-wide conferences on the business opportunities that will come with cannabis legalization.

The two-day Cannabis Canada Forum was organized by licensed marijuana producers and was intended to educate the public about products and business opportunities in the soon-to-be-legal marijuana market.

Executives from Hydropothecary, a licensed medical marijuana producer located half an hour from Ottawa in Masson-Angers, Que., were among the keynote speakers during the weekend forum.

Shane Morris, one of the company’s vice-presidents, said Hydropothecary expects Canada’s recreational market will be worth between $5 and 8 billion when marijuana is legalized. 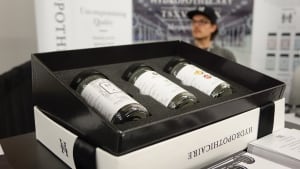 A package of cannabis products from licensed medical producer Hydropothecary of Masson-Angers, Que. The company was an exhibitor at the Cannabis Canada Forum in Ottawa. (Matthew Kupfer/CBC)

“Where we’re seeing [regarding] our own potential here in the Gatineau-Ottawa region is we’ll be in a position to grow and meet that need, take a portion of that market, and be able to reinvest into jobs, growth and development here in our facility,” Morris said.

He said Hydropothecary’s experience under the stringent medical marijuana licensing system will allow them to handle whatever regulatory burdens come with legalization.

The federal government will regulate producers, while the provinces will set out the rules around distribution and sales. The company is focused on its innovations in dry marijuana products and building an up-market clientele.

“From an Ottawa perspective, we’re more of a Farm Boy, rather than some of the bigger producers, who are more of a Walmart,” Morris said.

The ‘build-out’ is happening now

The conference also featured businesses other than producers, including information centres, security firms and construction companies.

Brent Glesby, a manager at Edmonton-based Thermo Design Insulation, came to the conference because his company — which engineers and builds walls that allow for climate control that conforms with food safety standards — is expanding into the marijuana market.

“There’s a lot of construction projects going on. The build-out of this industry is happening right now,” Glesby said. “There seems to be a lot of money and finance coming into the indsutry.” 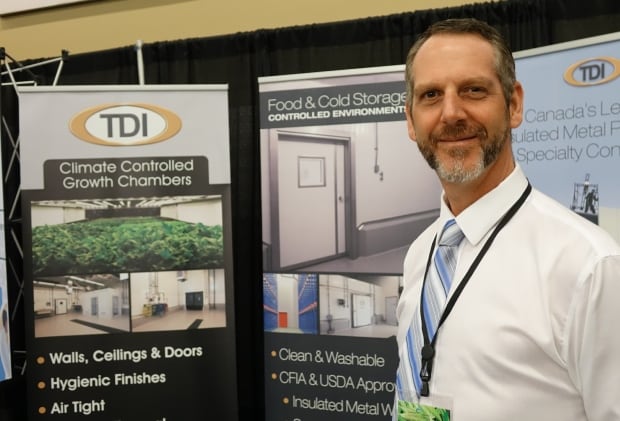 His company has already done work with four licensed producers in British Columbia, New Brunswick and Toronto, he said.

Drew Emmer, from Minnesota’s Boveda, said he expects the cannabis market to dwarf his company’s current business in cigar humidors and humidity-control systems for musical instruments.

“The opportunity worldwide in the cannabis business is just remarkable,” he said. “There’s plenty of room for everyone to get involved.”

Boveda sells packages that keep cannabis flowers from losing humidity during transportation or storage. Emmer said licensed producers began approaching the company, saying they used their product — which inspired them to create a custom container. 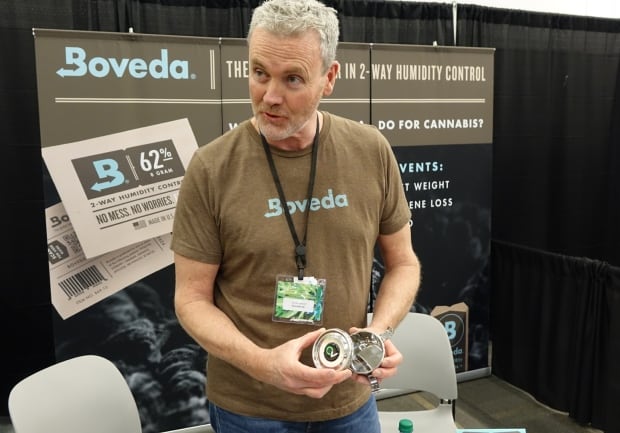 Saturday’s conference also included a focus on social responsibility and the legal issues around marijuana use.

Ottawa Police Service Supt. Paul Johnston gave a keynote speech outlining some of the concerns from the Canadian Association of Chiefs of Police.

Johnston said police are worried about the section of the bill that would permit households to grow up to four cannabis plants, as well as the possibility that legalization could cause an increase in drug-impaired driving.

However, he noted that commercial production could have some positive effects.

“If it’s commercialized properly, it will help eliminate or reduce the black market. And that’s one of the good things,” Johnston told CBC News.

He said police want to emphasize the importance of responsible production, distribution and sale of marijuana.

“The Government of Canada has … given everybody here an opportunity with cannabis,”Johnston said. “Let’s not blow it.”