The benefits of ‘topping’ a Cannabis plant
Home Cannabis 101 Should You Try Cannabis Creams for Pain Relief?

Chances are you’re no stranger to muscle aches. Well, what if we told you that cannabis creams might help provide relief?

Yes, there’s a new type of topical ointment on the market, and it’s infused with the cannabidiol (CBD) from marijuana. Manufacturers claim it can help alleviate acute pain and muscle soreness. CBD is similar to THC, except it’s non-psychoactive, meaning some researchers view it as the golden child of medicinal use.

Science has confirmed that cannabis is an effective pain reliever, reinforced in a massive new report from the National Academies of Sciences, Engineering, and Medicine. But there’s a big difference between ingesting cannabis or its individual chemicals orally and absorbing it through your skin. Here, the lowdown on this new crop (no pun intended) of pain relievers.

What exactly is a CBD-infused topical cream?

The ointment is made from infusing high-quality cannabis flowers in some kind of quality oil—coconut or olive typically—which extracts the active compounds, either CBD, THC, or both depending on the type of hemp used. This oil is then blended with other therapeutic herbs, like arnica or lemongrass essential oils, that are well-known pain relievers.

If you read the ingredient list, often everything in the jar is straight from mother earth. As long as that’s indeed the case with the cream you have your eye on, the formula is immensely safe, chemically, says Gregory Gerdeman, Ph.D., neurophysiologist who researches cannabinoid biology and pharmacology at Eckerd College in Saint Petersburg, FL.. And since they’re formulated to be topical—absorbing into the top layer of skin—and not transdermal—which would pass through the skin and into your bloodstream—there’s no risk of getting high, Gerdeman explains. (P.S. Here’s How Marijuana Affects Athletic Performance.)

“When it comes to cannabis-based topicals for muscle soreness or other pain relief, there’s absolutely no reason why it should be a big deal to try,” he says.

They may be safe, but there’s one massive problem: There’s practically no scientific data to support the idea that a CBD-infused topical cream is any more effective than other topical pain relievers, like Tiger Balm, BenGay, or Icy Hot. Michelle Sexton, a San Diego-based naturopathic doctor and medical research director of the Center for the Study of Cannabis and Social Policy says that her patients do seem to have a great interest in CBD ointments, and roughly 40 percent of them have indeed tried one. However, these people are in her office now because the topicals didn’t work for them. “As a medical professional, my opinion is there’s little evidence to back up the claims being made—it’s all marketing for now,” she says. 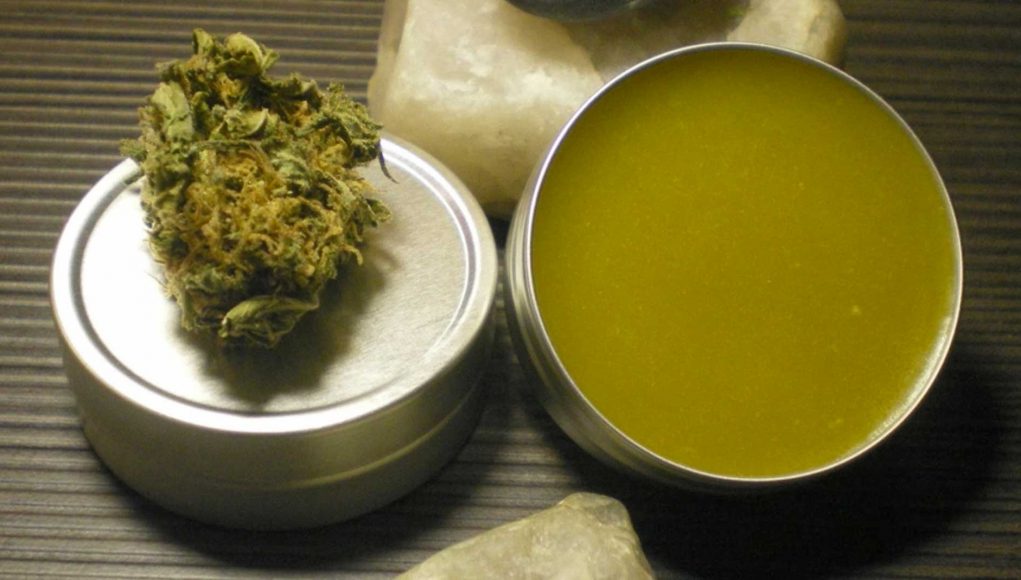 There is an argument to be made for the simple fact that science hasn’t caught up to the trend (and laws) of 2017 yet. And there are doubtlessly researchers testing the efficacy of CBD-infused creams for pain relief as we speak.

The theoretical logic is there, Gerdeman says. What exactly is that thinking? Well, there are a few different ways CBD could help regulate pain—by increasing your natural endocannabinoids, decreasing your inflammatory response, and desensitizing your pain receptors (although it’s still unclear whether this stands when absorbed topically compared to orally).

Let’s start simple: Endocannabinoids are natural signals in your body that help maintain homeostasis by detecting and regulating hunger, pain, mood, and memory. CBD helps elevate your natural levels of pain-relieving endocannabinoids by blocking metabolism as they’re moving around your body.

The second method of pain relief centers around the damage you do when you work out. When you strength train, you create micro-tears in your muscles, which is why you feel sore as you heal. Once your immune cells detect damage, they release inflammatory mediators in order to repair the tissue. CBD, though has the ability to limit the release of some proinflammatory signals, thereby helping with pain without thwarting the healing entirely, Gerdeman explains.

Finally, you have receptors called TrpV1 that detect and regulate your body temperature. When activated, they put out heat, soothing your pain receptors. Using this channel, CBD makes these pain receptors hyperactive for a period of time, causing them to get hot, desensitizing them and downregulating those pain-sensing nerve endings.

So I shouldn’t try it?

That’s not to say CBD-infused creams definitely won’t reduce your acute pain or muscle soreness. That’s because pretty much all of these creams on the market right now have other scientifically-proven analgesic compounds, like menthol, camphor, and capsaicin which are also found in other, non-CBD topical pain relievers. “Any cream with a heating or cooling sensation desensitizes the nerves to pain by distracting them with stimuli on top,” Dr. Colberg explains. Plus you’re often massaging the area as you apply, which improves circulation and reduces muscle spasms, he adds.

So do you need the CBD? All our experts agree that until we have more peer-reviewed research, all claims are marketing hype and not evidence-based.

But there is an argument to be made for simply believing the CBD adds that special something. “Scientific literature says there’s a 33 percent chance of the placebo effect helping people, so for some, just using a cream they believe can help will provide some relief,” Dr. Colberg adds.

The short of it: Science hasn’t confirmed creams with CBD will have any greater benefit than those without, but there’s little-to-no risk in trying it out (other than wasting your money, of course). And if you believe in the power of CBD-infused creams, that may be enough to score some relief.

Want to give it a shot?

If your state has legalized both compounds, look for a cream with 1:1 CBD to THC as well as another cannabinoid BCP (beta-caryophyllene) if possible, which manufacturers have seen better results with, Gerdeman suggests. Try Miss Envy’s Bath Bomb ($12) or Miss Envy’s THC-infused topical organic body cream ‘Buddah Buddah’ ($30)