The benefits of ‘topping’ a Cannabis plant
Minimum number of featured posts is 4.
Home Culture Chelsea Handler says cannabis has changed her life

The state of U.S. politics didn’t drive Chelsea Handler to drink, but it did encourage her to consume cannabis. 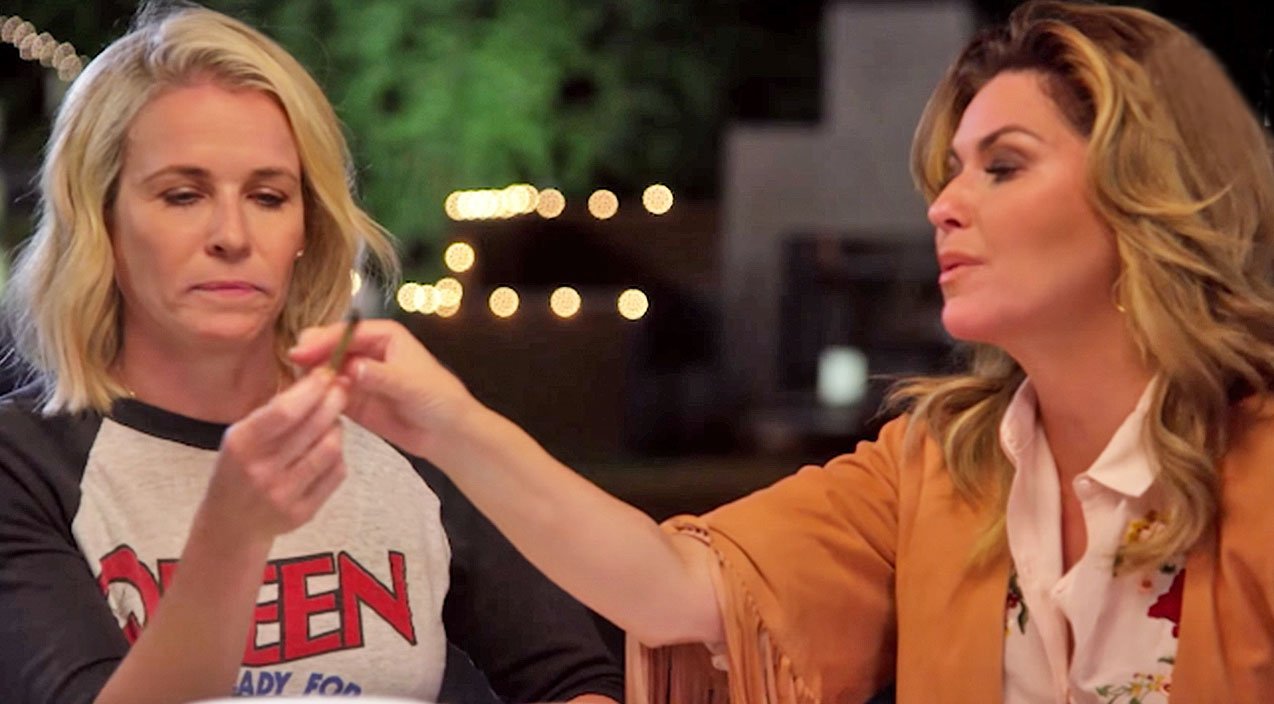 “I was re-introduced to cannabis once Trump was elected because alcohol was a little bit too on the nose for me and I already abuse it. So I started to use cannabis again because it was becoming legal in the state of California,” said Handler recently over the phone from London where she was helping to pitch a TV series. 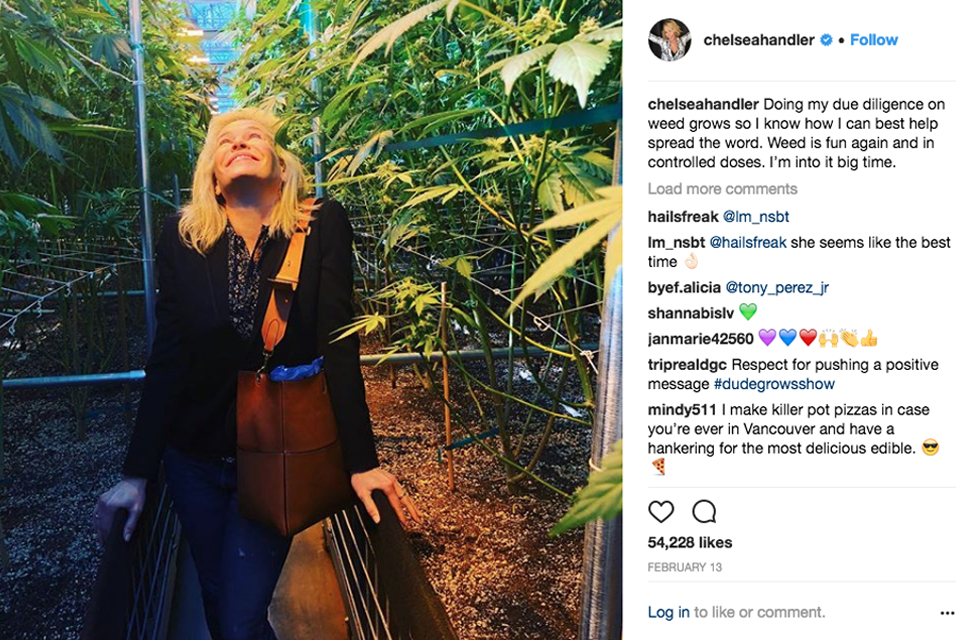 “It changed my life and made things a little more tolerable and a little bit easier. Now with the way they are able to distribute the cannabis and to micro-dose it’s so helpful to so many people. It has opened my eyes to how it can really change lives.”

“I’m looking for an excuse to come to Canada whenever I can,” said Handler, who has five New York Times best-selling books to her credit. “I’m working, I’m trying to create a life outside of my own country, if you know what I mean.”

Yes, we know all too well what she means.

“These are just fun nights of conversation about cannabis and stuff,” said Handler about the one-hour talks. “I love to talk about myself.”

Handler’s no-holds barred approach to, well, everything is what Riedle said attracted his company to the comedian in the first place.

“We’ve long admired her honest and humorous approach to cannabis,” said Riedle. “It’s candour like hers that is helping remove some of the negative perceptions and stigmas that prevent the canna-curious from trying cannabis for the first time, or for the first time — again.”

This tour is Handler’s second go with Civilized. Last June in Saint John, New Brunswick, she joined cannabis industry leaders at a town hall and gave a keynote speech. Riedle said Handler had the audience eating (edibles no doubt) out of the palm of her hand so it was a no-brainer to ask her to do a longer tour.

“I have introduced it to so many people in my life. I just think it is the way forward,” said Handler, who has just begun working on documentary about white privilege for Netflix. “It is a healthy alternative to alcohol especially for a woman over 40. You don’t get the hangovers. You can have a clean living ethos. It has just changed my world so I just wanted to do everything I can to get behind the movement.

“Marijuana can be an additive to your life. It doesn’t have to ruin your life. You don’t have to be blottoed, but it can be a substitute for so many bad things (opioids) that are out there that I just wanted to get involved,” added Handler.

The timing for the tour is perfect as it wraps up in Halifax on Oct. 7, just 10 days before cannabis becomes legal in this country. That fact of course is not lost on Riedle, who sees Canada as a guiding beacon in the bid to make pot legit south of the border.

“First, I’m a Canadian, living in Los Angeles. Which means I’m forever comparing the two very different approaches to cannabis,” said Riedle, who hails from New Brunswick. “To me, the No. 1 issue in North America is the uncertain state of cannabis in the United States. When Civilized got started in 2015, Obama was in the White House, states’ rights were being respected and because of that, the cannabis industry was starting to take off. That all changed when Trump was elected and Jeff Sessions was named attorney general.

“I would say that no matter where you live, all eyes should be on Canada right now. Canada is about to embark on the most ambitious projects in cannabis, ever. It’s going to be the first fully legal, regulated, adult use market in the northern hemisphere. It’s becoming the home of the world’s greatest cannabis companies, and has become the cannabis capital of the world. The United States would be wise to watch and learn from the example Canada is about to set.”

Handler plans on putting her money where her bong is and is looking into developing a line of cannabis products. 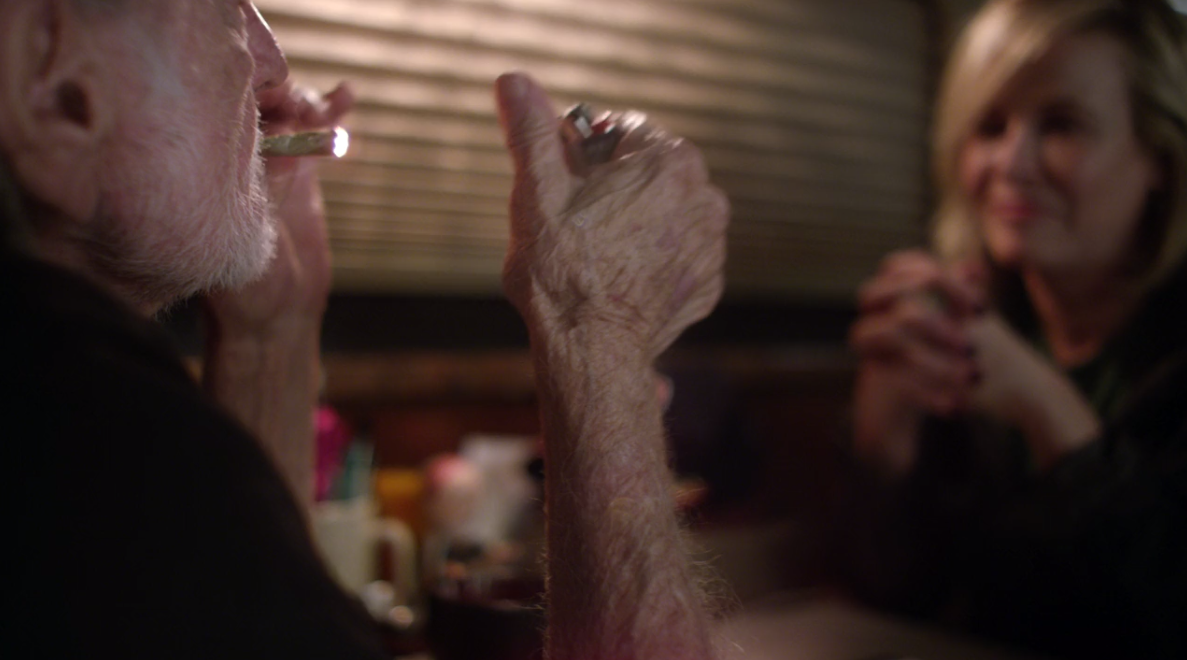 In the meantime, when she isn’t stumping for Sativa and Indica, Handler is stumping for women running for seats in the House of Representatives and the Senate in the Nov. 6 midterm elections in the States.

“I really wanted to take time to get behind female candidates, show up and be there and not just be somebody that sits around and complains about Donald Trump,” said Handler who is guest starring in a new Will & Grace episode this fall.

“There is so many people that are fighting like they have never fought before and I am proud to be part of that.” For this midterm there is a record number of women running for office. However, overall the percentage is still low but Handler feels optimistic that the uptick will continue.

“Donald Trump is the president so anything is f–king possible,” said Handler.

The #metoo and #timesup movements are of course playing a part in the increase of female candidates but as was witnessed recently with comedian Louis C.K.’s unapologetic return to the comedy stage there is still a ways to go on the equality and respect front. 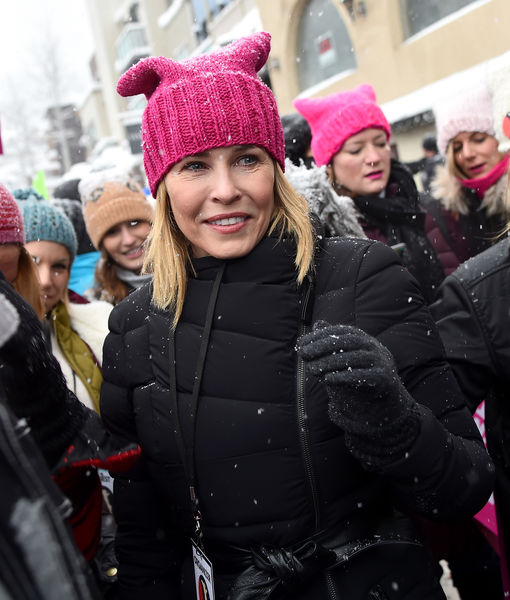 “He definitely doesn’t deserve a standing ovation,” said Handler referring to the reception C.K. got when he walked out on stage. “Obviously he has to address what happened. But he didn’t broach the topic of why he has been in hiding for the last six months. Hello?”

Handler, like many people, believes an important key to the success of #metoo is reaching those guys (and they were guys according to media reports and Tweets from women in the crowd) who stood and cheered for the disgraced comic and getting them to not only acknowledge #metoo but to support it with their actions.

“The only way things are going to change is if men get behind the movement with women and say no more, we don’t accept this either,” said Handler.