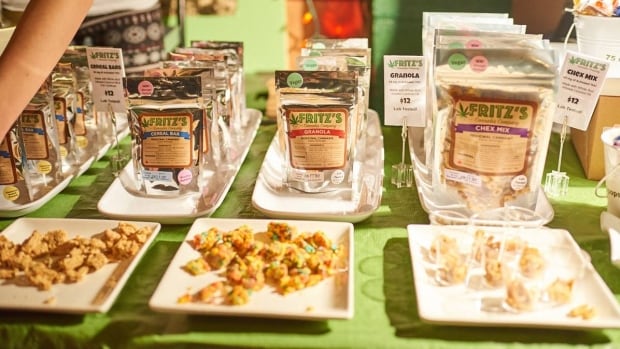 Amid all the uncertainty about the federal government’s ​plans to legalize marijuana by mid-2018, a culinary mystery stands out: How will marijuana-infused food products, commonly called “edibles,” fit into the legal regime?

Ottawa has signalled that regulations governing the sales of edibles won’t be ready by the time recreational marijuana becomes legal. But if the huge demand for edibles at 420 celebrations in Toronto’s pot-friendly Kensington Market is any indication, the government needs to start cooking up those regulations, and fast.

Crowds of people packed into a “Green Market” pop-up event on April 20, where vendors sold homemade edibles, ranging from lollipops and cookies, to gourmet fudge, biscotti and even cannabis-infused Chex Mix.

“A lot of these businesses are for patients, by patients,” said Lisa Campbell, a co-founder of the event and an advocate with the Cannabis Friendly Business Association. Toronto police seized marijuana products, including edibles and oils, during a series of highly publicized raids in May 2016.

To pro-cannabis campaigners like Campbell, the Project Claudia raids deprived medical marijuana users of a way to get their medication. In 2015, the Supreme Court of Canada unanimously upheld the right of legal medical marijuana patients to access marijuana in edible forms, following a court challenge from B.C. cannabis activist and edibles baker Owen Smith.

Harriet, who was selling artisanal marijuana-infused fudge at the Green Market under the name “Mrs. Fudgemaker,” is one of those patients. She eats a small piece of fudge each morning to help control her rheumatoid arthritis.

“The side effects from the medications that are often prescribed are worse than the diseases themselves,” said Harriet. CBC News has agreed not to use Harriet’s last name.

The recently tabled Cannabis Act doesn’t specifically mention edibles, but the proposed legislation does lay out the laws that could eventually cover the marijuana oils and extracts used to make them.

Separately, though, Ottawa has said edibles won’t immediately be legal for sale once the Cannabis Act becomes law.

In an online Q&A, the federal government said it “will need to take an appropriate amount of time to develop and implement regulations that will result in safe edible products eventually coming to market.”

Only marijuana buds, oils, seeds and plants will be legal for sale when the law takes effect.

“Following the coming into force of the Cannabis Act, the Government will develop and publish regulations — in line with the Task Force recommendation — to permit the sale of edible products,” the document says.

Those recommendations from the Task Force on Cannabis Legalization and Regulation include banning products that could have visual appeal to kids, requiring childproof packaging, implementing standardized serving sizes, and limiting the maximum amount of psychoactive THC per product.

“I think that the task force has a pretty good idea of what they need to do,” said a medical marijuana user who was selling marijuana-infused “Cannabiscotti” at the Green Market. CBC News has also agreed not to identify her by name. 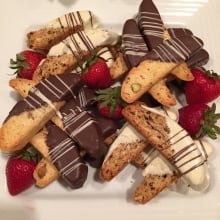 “I felt really good about the report. I felt that [task force chair Anne] McLellan had listened to the patients who were there and really understood about the craft market, as far as both recreational and medicinal,” she said.

By “craft market,” the Cannabiscotti-maker was referring to small producers of homemade marijuana goods, like herself.

In the end, she observed, much of the regulation around who gets to make edibles will likely fall to the individual provinces. But she said she hopes the federal and provincial governments will leave room for the small operations.

“For years, the craft brewers, the craft vineyards fought to be able to sell outside of the LCBO and the Beer Store,” she said, adding there is “not really a difference at all” between craft brewers and artisanal cannabis producers.

Whoever gets to sell edible marijuana goods, evidence from other legal jurisdictions suggests they could be hugely popular once Canada legalizes marijuana.

Even if the federal government isn’t ready to allow edibles sales once legalization kicks in here, recreational marijuana users will still be able to cook or bake their own edibles — just like legal medical marijuana patients can do now.

If the government follows the task force’s recommendations, the eventual regulations will focus largely on keeping edibles away from children. At the Green Market, Harriet, a.k.a. Mrs. Fudgemaker, said she believes child safety comes down to parental responsibility.