A Co Cork mother who traveled to Spain to obtain medicinal cannabis for her daughter said she was severely disappointed following its confiscation at Dublin Airport yesterday.

Vera Twomey, who has extensively campaigned for the drug to be legalised in Ireland, arrived with a three month supply of THC medicine which has been prescribed for her daughter Ava by a medical consultant in Barcelona.

Mrs Twomey traveled with Dublin TD Gino Kenny and MEP Luke Ming Flanagan who accompanied her as a public show of support.

Seven year-old Ava suffers from Dravet Syndrome, which can cause her to have hundreds of seizures a month.

“The lowest form of cruelty”

Speaking about the incident to The Irish Independent, Mrs Twomey said: “The medicine was taken away from me when I arrived.

“I told the customs officials I had it. The officials were sympathetic but the ban in Ireland on this medicine is the lowest form of cruelty.

“If I was a parent in Spain, Germany, Italy, Canada, Poland or in 30 states of the US, I would be allowed to give my daughter this medication.”

She added that she will be continuing to use the herbal treatment for Ava, which she says has much better results than conventional medicines approved in Ireland.

“It’s ludicrous that in the 21st century, this is happening where people like Vera Twomey have to travel abroad to gain access to vital medication for their loved one,” he said.

In March, Mrs Twomey walked from her home in Cork to the Dáil in Dublin in protest of the restrictions on the use and possession herbal cannabis on medical grounds.

At the time, Minister Harris said that it is not within his power “to provide medicinal cannabis tomorrow”. He said he remains fully committed to “establishing an access programme for cannabis-based treatments in Ireland”. 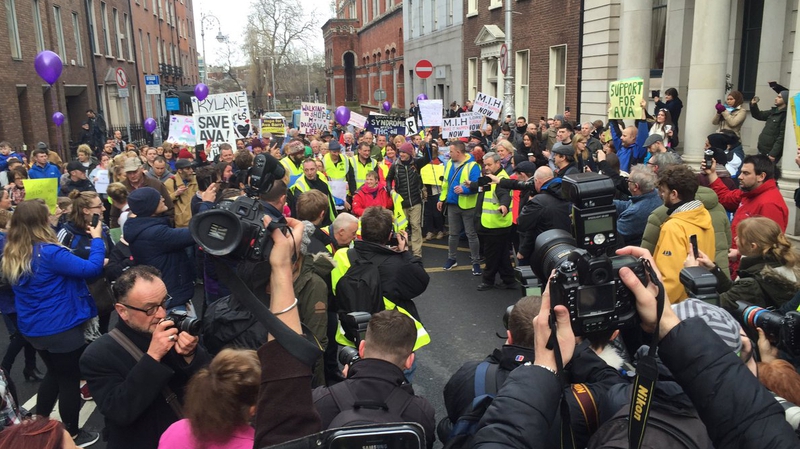