Former Deputy Prime Minister Nick Clegg claimed on Friday that legalising cannabis in the UK would improve public health, but warned of the “risks of unfettered commercialisation”. 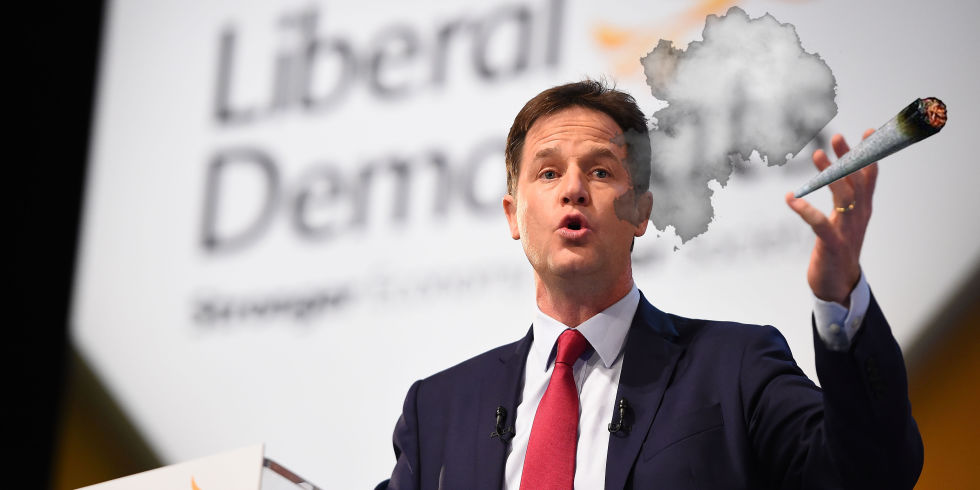 Could legalising cannabis really raise £1bn in tax revenues as claimed by the Liberal Democrats? 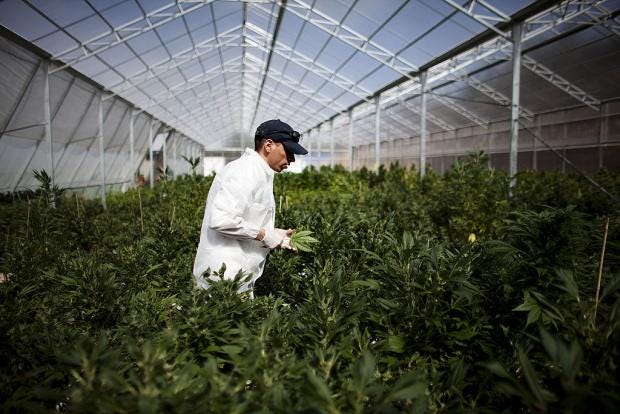 Any projected figure can only be regarded as a rough estimate, but £1bn is certainly within the realms of possibility.

Calculations are largely based on how many cannabis users there are in the UK, and how much they smoke. Assumptions can then be made about prices and tax.

According to the 2015/16 Crime Survey for England & Wales, there are around 2.1 million cannabis users in the UK, however this is likely to be an underestimate as people tend not to be forthcoming when sharing information about illegal activity. It is also unclear as to whether these people are regular users.

A report from the Institute for Social and Economic Research said that revenues could be between £400m and £900m, but when reduced police and court costs are taken into account, that figure could rise to between £500m and £1.25bn a year.

Cannabis is illegal federally in the US, so any nationwide figure is only a projection.

From July 2016 to March 2017, cannabis taxes raised $183m (£143m) in Colorado, where it is legal. Adjusted for the size of the UK population and extended over a full year, this would be the equivalent to £2.3bn for the UK economy.

Does the US make for a reasonable basis of comparison?

Not particularly. For a start, the fact that cannabis is illegal federally causes difficulties in tax collection, while no federal tax can be raised at all. US taxes tend to be lower than the UK’s, while a higher percentage of the American population smoke weed UN’s 2016 World Drug Report and figures on levels of cannabis use per individual are hard to ascertain.

What can be learnt from the tobacco and alcohol industries?

A 2016 report by an independent expert panel, commissioned and subsequently endorsed by the Lib Dems, said that, as with alcohol, a minority of heavy cannabis users consume the majority of all cannabis produced.

Steve Rolles, who chaired that panel and is Senior Policy Analyst at Transform, a think tank that campaigns for the legal regulation of drugs worldwide, told The Independent that the UK has a unique opportunity to start from scratch on a model that protects the most vulnerable in society. In particular, he recommended a tobacco model that imposes a total ban on advertising and branding.

What are the potential conflicts in shaping a regulatory model that works for business?

The expert panel made it clear that their primary concern was public health and community safety, not tax revenue and jobs.

Government intervention to increase prices could dissuade overuse but runs the risk of encouraging a black market that can undercut those prices.

How could businesses in the UK benefit from it?

First off, there will be demand for growers, retail staff, distributors, regulators, scientific and medical researchers to name but a few.

In the US, due to federal prohibition, smaller tech startups have been able to blossom by tuning their products to their local market before expanding state-by-state.

George McBride, Crime & Justice Policy Director at VolteFace, a UK drugs policy think tank, told The Independent that although large companies who sell production-line machinery will be best placed to take advantage of legalisation in the UK, opportunities for startups that provide software to track crop data, for instance, would also be plentiful.

So, what would a regulated UK market look like?

Key policy areas include price controls, taxation policy, licensing of production for retailers and the regulation of vendors themselves.

The US approach is typically free market, with a lack of federal control meaning that policy has tended to evolve organically.

Uruguay operates on a model closer to a state monopoly. Commercial companies compete for government tender to produce legal cannabis products, but the nature of those products is government controlled. This aims to eliminate market incentives to increase use, but maintains elements of commercial competition at the supply and retail ends of the market.

Although the Lib Dem manifesto did not go into specifics on these points, the expert panel recommended an initially restrictive model that could be relaxed in future. This would be more closely aligned with the Uruguay model.

McBride advocates a more free market approach, starting with a low rate of tax linked to the potency of the cannabis sold. He argues that this would encourage users towards safer products while keeping prices low enough to stave off the black market. Once the black market has been driven out, incremental tax increases could then be implemented.