Bryan Micon stood to address the table. “I am all-in!  All-in table 153,” he announced, wagging his finger as if to warn his opponents, Don’t fuck with me. The year was 2006. Millions of dollars were up for grabs at the biggest card tournament on the planet, the World Series of Poker main event.

Now it can be told: Bryan Micon’s infamous ‘Thriller’ dance in ’06 owed a debt to cannabis.

The tournament was in its late stages, when the tension is palpable, when fame and fortune start to seem possible and when the real and surreal intertwine in the madness of the moment.

Micon, a veteran poker pro at the age of 27, was about to memorialize his winning hand by performing Michael Jackson’s Thriller dance to a national ESPN audience.

He held a seven-high straight, an unbeatable hand. As the dealer pushed a mountain of chips in his direction, it was showtime. With a throng of spectators watching, Micon broke into his version of the Thriller dance, swinging both arms up to the right and then to the left, making a claw with his hands, to resemble the dancing zombies in Jackson’s classic video. It was great TV.

“A friend of mine suggested I break it out, so I did,” he recalled. “To this day I can’t get through a daily tournament at the Aria without someone asking me about it. I got maximum exposure and great value out of that one.”

And now it can be revealed: Cannabis helped him do it.

He was high? Well, let’s call it elevated. Micon is now 36 and the holder of a medical marijuana card from the state of Nevada. These days he’s into Bitcoin and drone flying, and his website bryanmicon.com boasts the tagline “Still not working for the man.” He’s one of the many professional poker players who now feel free to talk about enjoying marijuana.

For some, cannabis is strictly a post-competition indulgence, a way to mellow out and cool down from the stress of the tournament. For others, though, it’s a way to stay calm and focused in competition, when every decision means the gain or loss of tens of thousands of dollars.

In early July, players and fans will flock to the Rio All Suite Hotel and Casino in Las Vegas for the 48th annual World Series of Poker Main Event—the first WSOP Main Event to take place in Nevada’s legal retail cannabis era.

While most Vegas casinos are maintaining strict no-cannabis policies, clandestine consumption has always been a part of the scene on the Strip–regardless of whether it’s been legal, illegal, or somewhere in between.

“It’s not talked about much, but it’s pretty pervasive in the poker culture,” says Dutch Boyd, a three-time WSOP bracelet winner. Over the course of his career, Boyd has posted $2.6 million in tournament earnings and made eight WSOP final tables.

“Marijuana is part of poker,” says Boyd. “If you’re ever on the tournament trail and stop in a Tunica hotel room during a World Series of Poker circuit event or in Los Angeles for a stop on the World Poker Tour, just walk down the halls and it’s everywhere. It smells like weed. It’s part of the game’s culture.”

‘It Doesn’t Make Sense To Me’

Not everyone on the circuit is cool with cannabis on the down-low, though.

“It doesn’t make any sense to me,” says Allen Kessler, a well-respected professional poker player with more than 30 cashes at the WSOP and career earnings of close to $3 million. He is a strong opponent of marijuana use during tournaments.

“Even the $1,500 buy-in preliminary events can attract enough players to generate a million-dollar first place prize,” he says. “It amazes me that as the seconds count down toward the next break players are in mad rush to get to their car to smoke up. They hide out and smoke up during stops in play. When they come back to the table they smell like weed and they’re not playing right. It’s crazy when you think about it.” 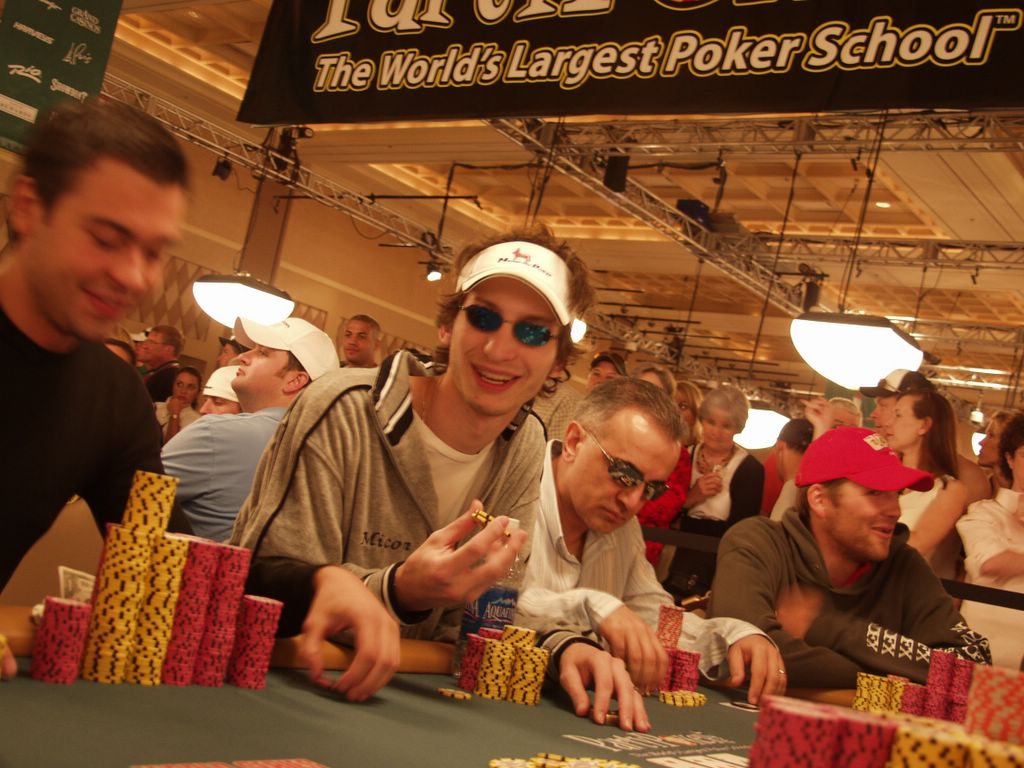 At the Venetian a few years ago, Kessler watched as one of the tournament chip leaders was nabbed with a joint during dinner break and wasn’t allowed back inside the casino. Staff members simply removed his chips from play and he was disqualified.

“It’s a security issue,” says Kessler. “They don’t want people smoking on their property. If you go out to your car at the WSOP to smoke and you get caught they can throw you out. Besides, it doesn’t make any sense to me. When you go home you can smoke all the weed you want. Why would you want to impede your ability to play in a tournament?” Some of these players may have backers, he says—financial investors who contribute to the player’s entry fee. “Do those backers know the players they’re supporting are getting high?”

Kessler’s opposition may also stem from the difficult history of other drugs in poker culture.

Drug use and abuse have long been part of the history of poker and its modern-day marquee event. The most infamous character in recent poker history, the legendary Stu Ungar, won three world championships and earned a place in poker’s Hall of Fame. But hard drugs brought him down.

In the book One of a Kind and the movie High Roller, Ungar was immortalized as a brilliant player whose career and life were destroyed by cocaine addiction. Ungar broke onto the poker scene in 1980, claiming the world championship when he defeated one of the best ever, Doyle Brunson. Ungar was just 26 and, at the time, the youngest ever to win the title. Amazingly, he defended his title the following year. A poker superstar was born. Ungar, a 10th grade dropout, was suddenly a kid millionaire. Money, fame, and Las Vegas offered him temptations he was unable to resist. In the end, he succumbed to them.

“There is cocaine in the poker community,” Boyd says, “but marijuana is king when it comes to cards.” In Poker Tilt, Boyd tells a great story about smoking a joint with Antonio “The Magician” Esfandiari and Phil Laak, two of poker’s household names, in a hotel room at Binion’s Casino during his first visit to the series.

“I watched the magician quickly and efficiently roll the most perfect joint I had ever seen,” Boyd wrote. “He even pulled a deck of playing cards out of his pocket, ripped a quarter inch off the side of a joker, and rolled the torn part into the joint as a makeshift filter. The resulting creation looked like it could have been a co-branding effort by Camel and Bicycle.”

‘It Helps Me Think Things Through’

When he thinks back on the 2006 WSOP main event now, Bryan Micon believes that cannabis worked in concert with his game.

The ’06 main event featured 8,773 players, all of whom ponied up a $10,000 entry fee to play. The prize pool was life-changing money, $82.6 million. The winner would pocket $12 million and lucrative online poker sponsorships, not to mention the coveted WSOP gold bracelet and lifetime bragging rights. Could marijuana use be optimal at a time like that?

It was for Micon.

“It calms me down in big tournament spots like that one,” Micon explained. “It helps me think things through clearly in the face of pressure. In that spot every decision matters, every chip counts. The weed relaxes me. Some people believe marijuana impairs or clouds your judgement. To each their own, I guess.”

In Poker Tilt, Dutch Boyd wrote about consuming cannabis daily while playing poker in his 20s.

“For a long time it was pretty much every day,” he told me. “I’d be one of those guys running out to the parking lots during breaks, smoking it up.”

This year’s World Series of Poker main event kicks off on July 8. They’ll play down to the final nine, then take a short break to promote the final table showdown. It’s high drama. If you’re watching, be sure to keep an eye on the winner’s poker face. That calm demeanor and sly smile just might have more behind it than you know.